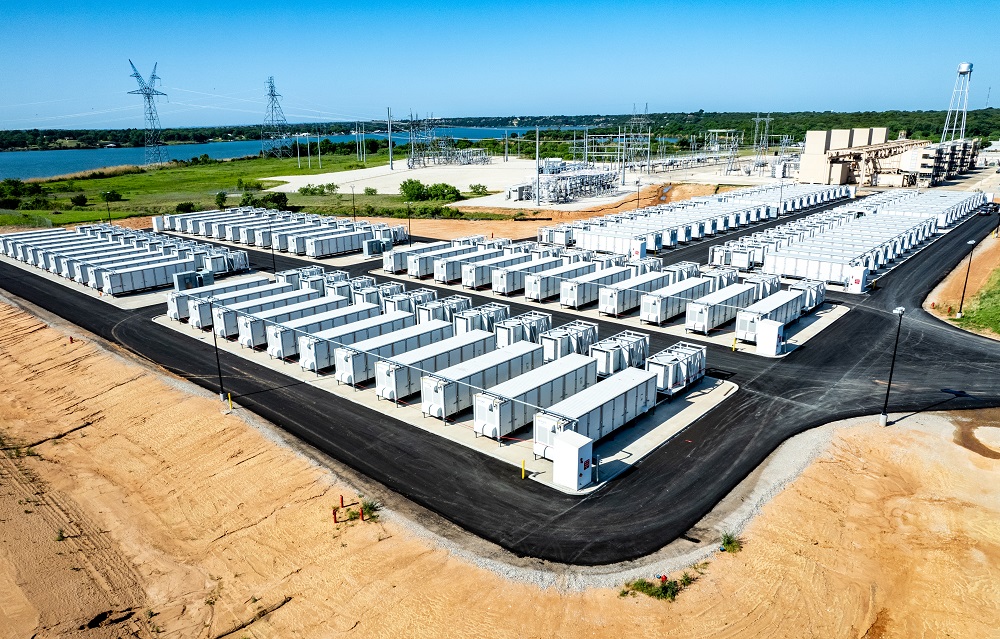 May 26, 2022: Texas-based energy company Vistra confirmed on May 23 that its battery energy storage facility at DeCordova (pictured), the largest of its kind in the state, had become operational.

Vistra said DeCordova, first announced in September 2020, is the second of seven new “zero-carbon projects” the company is bringing online in Texas over the next few years — representing a capital investment of nearly $1 billion by the company within Ercot (the Electric Reliability Council of Texas grid system).

Construction of the facility started in June 2021 and finished in less than a year.

Vistra president and chief financial officer Jim Burke said: “This battery system can provide instantaneous full power to the grid with the flip of a switch, but it is also co-located on the same site as our quick-start DeCordova natural gas-fuelled power plant.

“This pairing means we have a large, one-hour battery system with dispatchable, reliable generation, leading to continuity of operation and resiliency of the grid.”

According to Vistra, the energy storage facility comprises more than 3,000 individual battery modules that can store enough electricity to power around 130,000 average Texan homes during normal grid conditions.

The batteries capture excess electricity from the grid, primarily overnight during high wind-output hours, and can release the power when demand is highest.