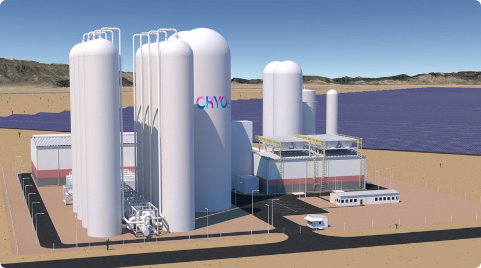 August 11, 2022: The UK has “wasted” more than 1TWh of wind power since September 2021 because it lacked sufficient long duration energy storage (LDES) capacity, according to research commissioned and released by liquid air energy storage company Highview Power on July 28.

Highview said the estimate of lost wind generation, which emerged in research from consultancy Stonehaven, was based on bid volumes in balancing markets auctions published by Elexon, managers of Britain’s Balancing and Settlement Code — the rules and governance arrangements for electricity balancing and settlement LDES capacity.

The research also showed widespread use of LDES could reduce the UK’s reliance on gas by 10 megatonnes by 2035, which Highview claimed would be the equivalent of removing gas from four million homes.

A separate survey conducted for Highview, by UK-based research and polling group YouGov, revealed that a majority (81%) of UK adults would support government investment in energy storage.

Highview said the online representative survey of 1,818 adults, undertaken between July 19 and 20, indicated that 43% believe the country imports too much gas — a figure that rises to 54% among those who voted for the governing Conservative Party in 2019.

CEO Rupert Pearce said: “Our analysis shows that LDES is a critical component of the UK’s energy security and self-sufficiency. The YouGov findings show that a majority of voters support government investment in LDES, which would underpin an efficient transition to renewables, reducing our dependency on gas.

“Simply put, there is no transition to net zero without LDES.”

In June 2020, Highview said it had been given a £10 million ($12.5 million) UK government grant for its first commercial CRYOBattery, to be installed in northern England with Carlton Power.

In May last year, Highview announced it was developing up to 2GWh of long duration, liquid air energy storage projects across Spain for an estimated investment of around $1 billion.

Future Resource – The event for energy and water efficiency