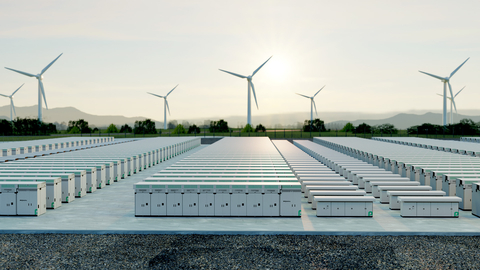 November 17, 2022: Powin said today it will deliver the “world’s most powerful” BESS to Australia, after Akaysha Energy won a tender to develop the 1.9GWh Waratah Super Battery in New South Wales.

Akaysha, which was acquired by global funds manager BlackRock in August, has been selected by the Energy Corporation of NSW to develop the battery and provide a service of at least 700MW capacity, as part of a system that integrates renewable energy with the existing transmission system while maintaining grid reliability.

Powin, which announced a separate partnership with Akaysha in August to supply its Stack lithium ion BESS technology, said the Waratah project will be supplied with 2,592 of its modular Centipede ‘energy segments’ that comprise batteries, thermal management equipment and safety systems, plus 288 power conversion systems from Powin subsidiary EKS Energy. The Centipede iteration of Powin’s Stack BESS line was launched in November 2021.

The battery developer will also provide a 20-year service agreement for Waratah, which is set to be built 100km north of Sydney at a former coal-fired power station.

The project has been designated as critical state significant infrastructure by NSW’s government.

Construction is set to start in 2023, subject to approvals, and the project is expected to be completed by mid-2025.