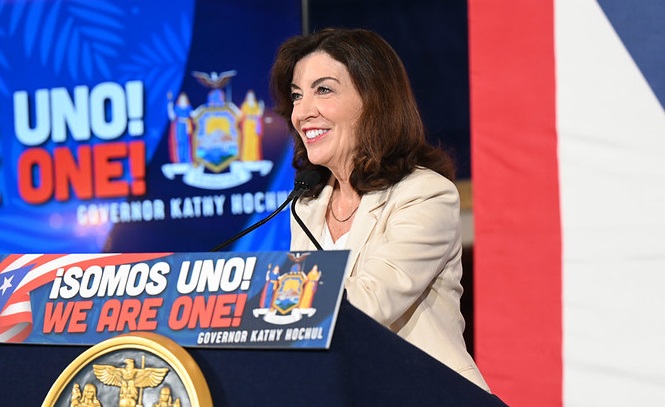 June 23, 2022: Plans for 22 large-scale solar and battery storage projects for some 2,408MW in New York State were announced by governor Kathy Hochul on June 2. The projects would attract more than $2.7 billion in private investment.

EDF Renewables North America was awarded three of the contracts, amounting to a combined 1GW of solar plus storage in New York.

The EDF projects include 20MW of co-located battery storage facilities at each of three sites — the Columbia, Ridge View and Rich Road solar energy centers — representing nearly 40% of the total 2,408MW of procurement announced.

Hochul said: “These projects will allow us to exceed our goal of obtaining 70% of our electricity from renewable resources and will further cement New York as a national leader in the fight against climate change.”

In June 2020, New York State’s grid operator, NYISO, announced the most aggressive clean energy mandates in America, according to its CEO Richard Dewey.

Last July, New York’s Queens borough was given the go-ahead to deploy a 100MW/400MWh battery storage facility system as part of a 300MW portfolio of projects to be rolled out by utility Con Edison by 2023.