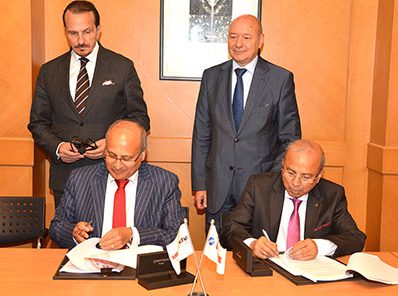 The JV, which will be 75% under Exide’s control, will enable lithium cells, modules and battery packs to be manufactured in the state of Gujarat by the second quarter of 2019. A lithium ion cell production plant will begin operating mid 2020, the firms said.

The announcement comes less than a month after Leclanché secured Sfr75 million ($76 million) in corporate funding and a conditional Sfr50 million funding facility for acquisitions and joint ventures from its largest shareholder FEFAM, a collection of various investment funds.

He told ESJB’s sister publication, BESB: “The JV will focus on e-transport, stationary energy storage systems and speciality storage markets. In e-transport, the target segment is fleet vehicles including e-buses, e-wheelers and e-rickshaws.”

“Since the government is focusing on the electric vehicle industry we thought to stay relevant we should go into this,” Chatterjee said.

“We were looking for a company to help develop this and chose Leclanché to work with. Initially it will be limited to buses and two and three wheelers, but gradually this will expand and include all kinds of cars.”

“This ideally complements our leading position in the lead acid storage battery market in India and will allow us to take the lead in the lithium ion battery industry, which is expected to grow significantly in the next few years.”

In February, Leclanché announced it was to deliver its first behind the meter system in North America after being selected by NRStor C&I, a subsidiary of NRStor, to build a 2MW/4MWh lithium ion energy storage system.

Separately, at the end of June, Exide signed an agreement to buy a closed-down factory belonging to lead acid battery manufacturer Tudor India, the Indian arm of the US company Exide Technologies.

Last May, the Indian firm settled an argument with US lead acid firm Exide Technologies over the use of the Exide trademark in India. After 19 years of legal battles, the US firm finally gave up its claim to the trademark — and the sale of the factory marks the end of Exide’s production in India.

Exide Technologies director of corporate communications Melissa Floyd told BESB: “Exide Technologies has been in the process of winding down its manufacturing operations in India for some time. The sale of assets in India is a result of the company’s decision to cease direct production in India.”