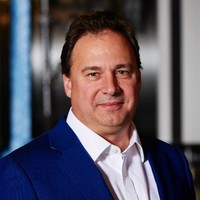 ESS said Canino would “add significant depth” to its leadership team as the company expands globally.

Canino most recently worked as CEO and president of the Smardt Chiller Group. He has also held senior positions at DG Energy Solutions and General Electric.

Bodner, who remains at the company until mid-September, said: “ESS is a great organization on an important mission… I wish everyone the best of luck as they continue to grow.”

The CEO of ESS, Eric Dresselhuys, told an earnings call on August 11 that the company had doubled its annual production capability to 500MWh with the addition of a new manufacturing line in the second quarter of 2022.

Dresselhuys revealed the US-based firm expects to have its next fully automated line up and running in the fourth quarter, taking annual capacity to 750MWh — “tripling where we started the year”.