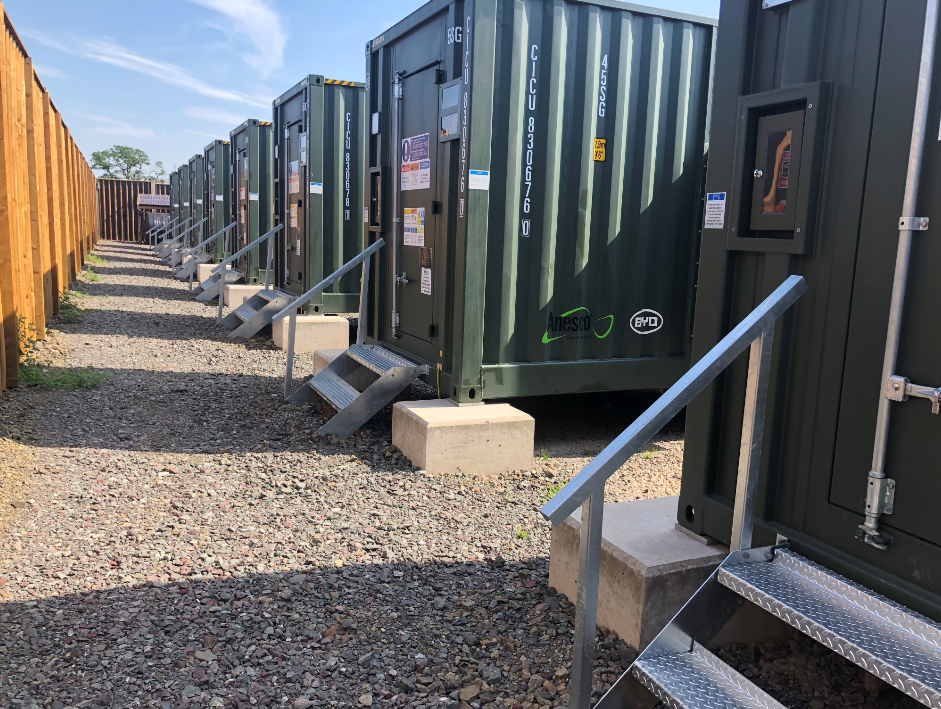 The Rock Farm battery storage system, which consists of 16 1.25MW BYD-made storage units, was developed, constructed and commissioned by Anesco this June.

Eelpower and Anesco have a close relationship having worked together on 33MW of energy storage projects in the past ten months.

Rock Farm is Eelpower’s seventh project, the largest of which — a 10MW system in Lincolnshire, UK — was bought last November. That system was developed and constructed by Anesco.

In March ESJ reported how the company, with its sister hydropower firm Barn Energy, commissioned two 1.2MWh projects in the UK that combines hydroelectric and lithium ion battery storage to perform grid-scale services. The system was installed by Anesco.

Eelpower has also acquired two storage schemes that will be commissioned later this year — a 10MW scheme near Winchester in the south of England and an 8MW scheme in Cumbria in the north.

The company has plans to construct up to 80MW of storage capacity over the next eight months, with a further 100MW every three to six months thereafter.

Anesco currently has 29 operational sites, comprising of 76 individual battery units, providing a combined capacity of 87MW. The company predicts it will install 380MW of capacity by 2020.

In May Anesco announced it was set to add more than 300MW of operational battery storage to its portfolio in the next three years.

Cost is driving a divergence in US and Europe storage approaches