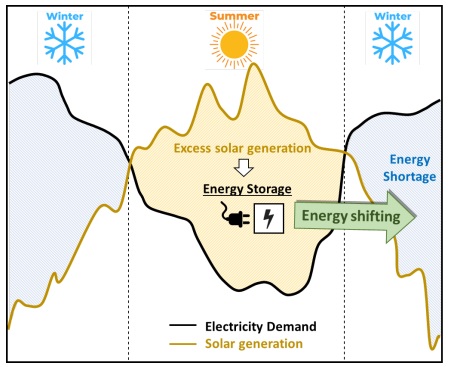 June 23, 2022: Europe needs a ramp up of energy storage capacity at the rate of at least 14GW per year within the next nine years — or the bloc will be unable to integrate energy supplies from the rapid expansion of renewables and miss climate goals, says a study released this month by the European Association for Storage of Energy (EASE).

Existing European Commission assumptions on energy storage need to be revised, according to EASE’s Energy Storage Targets report* — which estimates a ‘no-regret storage requirement’ of about 200GW by 2030 and 600GW by 2050, including 435GW from power-to-X-to-power solutions for energy shifting and storage for varying durations.

“Establishing these 2030 and 2050 values as energy storage targets at EU level, with a dedicated energy storage strategy, will provide a clear signal to the energy storage industry and investors to begin building the infrastructure needed to drive large-scale deployment in parallel with supporting renewables integration,” the report says.

According to EASE, most recent Commission studies, published in March 2020, estimated 456GW of flexibility would be needed by 2030, but EASE said this is based on “outdated climate targets” and should be reviewed as the EU starts to cut back on fossil fuel imports such as those from Russia.

In terms of Commission assumptions for 2050, the EU’s ‘METIS’ mathematical analysis model foresees a total system flexibility need of 811GW, of which 600GW would be covered by energy storage technologies and 211GW by gas turbines. But that too needs a rethink, EASE says.

The Commission energy storage forecast for 2050 is focused mainly on electrolysers, “which are only one of many storage solutions available”, says the EASE report.

“This leads to an underrepresentation of other critical storage technologies which could provide necessary flexibility and energy shifting services at this time horizon.”