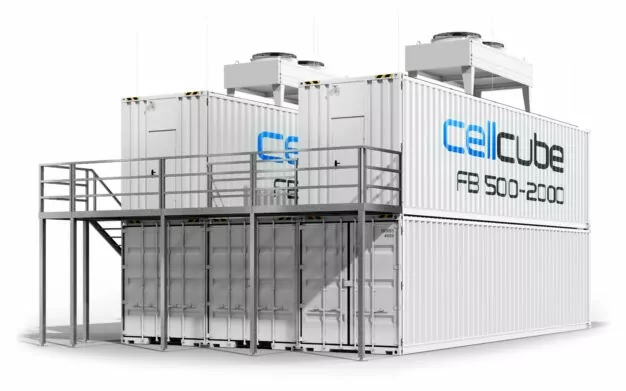 May 13, 2022: CellCube brand owner Enerox said on May 5 it had launched a subsidiary in Colorado to take advantage of “exploding demand” for long duration energy storage systems in the US market.

The Austria-based vanadium redox flow battery (VRFB) company said it would target a range of services including support for renewable energy supply and microgrid applications.

CEO of CellCube Austria and US, Alexander Schoenfeldt, said: “Being a global leader in this space, we are very enthusiastic about our new presence in North America, as it will allow us to build and use local supply chains and engage with our business and R&D partners in the US more easily.”

CellCube was among the group of companies that formed the Long Duration Energy Storage Council in November 2021, with the stated aim of achieving grid net-zero by 2040.

This February, Enerox signed an expanded five-year supply agreement with electrolyte supplier, US Vanadium, for three million litres per year, together with a price cap over the five-year term.

Schoenfeld said then that the agreement was part of the company’s “go-to-market in North America” strategy using electrolyte that had been regionally processed within North America, “ensuring long-term deliverability at a competitive price”.